We had a grand time at the East Bay Mini Maker Faire. It was a little drippy but there were lots of people there anyway. I can only imagine what it would have been like had it not been the middle of a howling 'Nor-Wester' :o)
Here are some pictures:

Benoit Mandelbrot passed away on the 14th of October 2010. Here is a link to his obituary: "http://www.theregister.co.uk/2010/10/18/mandelbrot_obituary/".
The very first color graphic application I downloaded from 'the-Net' was FractINT an application that allowed one to 'zoom-in' on any area of the Mandelbrot Set. I spent hours and hours wandering around inside that set.
Hear is a link to a picture of the famous set: 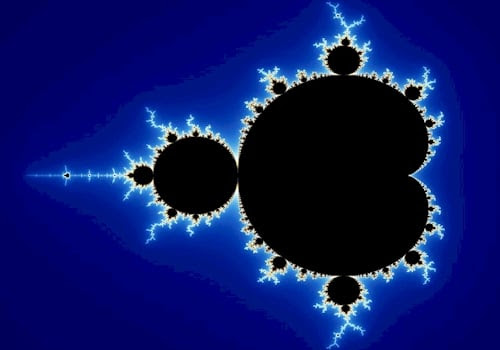 And I did purchase and read his book too The Fractal Geometry of Nature
Posted by Unknown at Monday, October 18, 2010 No comments:

A beautiful day at the fair, here are some pictures.

We had a grand time this year and look forward to another grand weekend next year.
Here are some pictures:

Posted by Unknown at Saturday, October 16, 2010 No comments:

The Shortest Path To Certainty

Here is an email exchange I had with an old friend:

From: Dear Old Friend
To: Zach
Date: Mon, Oct 4, 2010 at 09:03
Subject: Re: Email Chain That Wound Up Wondering If Palin And Gingerich Are From Planet Earth

You know Obama's grandfather (who basically raised him in his home) was a member of the UU church in Hawaii. OB's grandmother's memorial was there right after he was elected. His path to Christianity was one he choose (UU candidates often join liberal Christian churches to avoid charges of being non-Christian), just like many raised UU choose their own religion as adults. His basically Universalist tendency to affirm all religions confuses fundamentalists so they think his is Muslim, the same way a lot of these folks will think that anyone favoring gay rights must be gay.

Anyone with the good mind that Obama has would certainly not find the UU in any way unusual.

We, sadly, enjoy a society today that has slid a long, long, long way from what the founding fathers envisioned as Religious Liberty.

I blame it on modern society and how the human brain works/evolved, and that is: The human mind will take the 'shortest-path-to-certainty' to resolve any unknown/paradox it is exposed to. And, fundamentalist religious beliefs and many conservative political and economic beliefs do live right on that shortest path to certainty.

The 'shortest path to certainty' has nothing (necessarily) to do with reality it only need make sure the being in question does not undergo 'brain-lock' and it only has to resolve the paradox/unknown.

Modern civilization and and the pressure that the human species puts on the environment have lead to complexities that most humans can not deal with. I think the ability of most humans to deal with the complexities of what we find today is available, but that ability is hamstrung by our own desire (and even internal demand) to get to the easiest/quickest solution to problems. This internal demand does have an evolutionary advantage. Those members of a species that can make quick decisions in life-threatening situations are selected in favor of.

Those members of a species that are more deliberate (scientific) in their approach to how to deal with and interact with their environment are selected against when the species is young and deliberate decision are not a good thing because they may put the individual into the stomach of a predator..

But as civilization makes the day to day navigation of our environment more and more safe then we have the luxury of thinking more deeply/carefully about everything but that is still in conflict with our 'wired-in' way of thinking.

And thus the rise of fundamentalist religious beliefs and tea-party like conservative solutions to how the government should behave itself.